Divorce in the Bible: 7 Scripture Verses for Dealing With Divorce

Divorce in the Bible: 7 Scripture Verses for Dealing With Divorce stresses placed on modern couples by a fast-paced world. Sadly, the divorce rate for Christian couples is on par with unbelievers. This is devastating, as God places extremely high importance on marriage. Consider the following verses about divorce in the Bible.

When you marry, you become one flesh, therefore, treating your spouse badly is like beating up on yourself! Pain and suffering are the obvious results for both partners (Genesis 2:24, Mark 10:8-10). Divorce in the Bible is only permissible if either partner engages in an adulterous relationship outside of marriage. The following verses about divorce in the Bible will give a clear picture.

7 Verses about Divorce in the Bible

“But I tell you that anyone who divorces his wife, except for sexual immorality, makes her the victim of adultery, and anyone who marries a divorced woman commits adultery.” – Matthew 5:32, NIV

God created marriage as the perfect union between man and woman so they could raise a family. This is a covenant for life; and should not be entered into lightly, with divorce as an option. Divorce in the Bible is only considered under the only exceptional circumstance of sexual immorality.

“You have heard that it was said, ‘You shall not commit adultery.’ But I tell you that anyone who looks at a woman lustfully has already committed adultery with her in his heart.” – Matthew 5:27-28, NIV In the ten commandments, the sixth commandment outlines that we must not commit adultery. The above verse follows Jesus showing that not only is this standard difficult to attain, but God’s holiness requires complete self-control over one’s thought life. This is impossible and points to our need for Jesus – the only man who could be sinless.

That said, our bodies are temples of the Lord and should be respected as such. Extra-marital affairs are too common today. It’s too easy to divorce. People have forgotten God’s laws. As divorce in the Bible is frowned upon by God, marriage should be fought for relentlessly.

Christian counseling should be sought so that both parties can review what went wrong and undertake a journey toward recovering a relationship based on love and respect. It will help you see more clearly the path ahead, so your differences and recriminations can be resolved.

However, each one of you also must love his wife as he loves himself, and the wife must respect her husband. – Ephesians 5:33, NIV

According to Paul, husbands must treat their wives with care and show the same concern for them as they would for maintaining their own interests. Husbands should love their wives as themselves. Then they will have applied the Great Commandment (Matthew 22: 34-40) in a marriage-focused way.

Societies of the past have considered women inferior or less deserving of care than men. Likewise, women should be diligent in showing respect to their spouses. This will bring about mutual love and unity if wives submit to this concept of a Godly marriage, however “empowered” they may be.

No doubt there were troubled marriages in Ephesian Christian society, but there are Godly solutions that still apply today. Divorce in the Bible was as prevalent then as now, but following these simple rules of understanding and loving one another will keep you together.

Wives, in the same way, submit yourselves to your own husbands so that, if any of them do not believe the word, they may be won over without words by the behavior of their wives. – 1 Peter 3:1, NIV 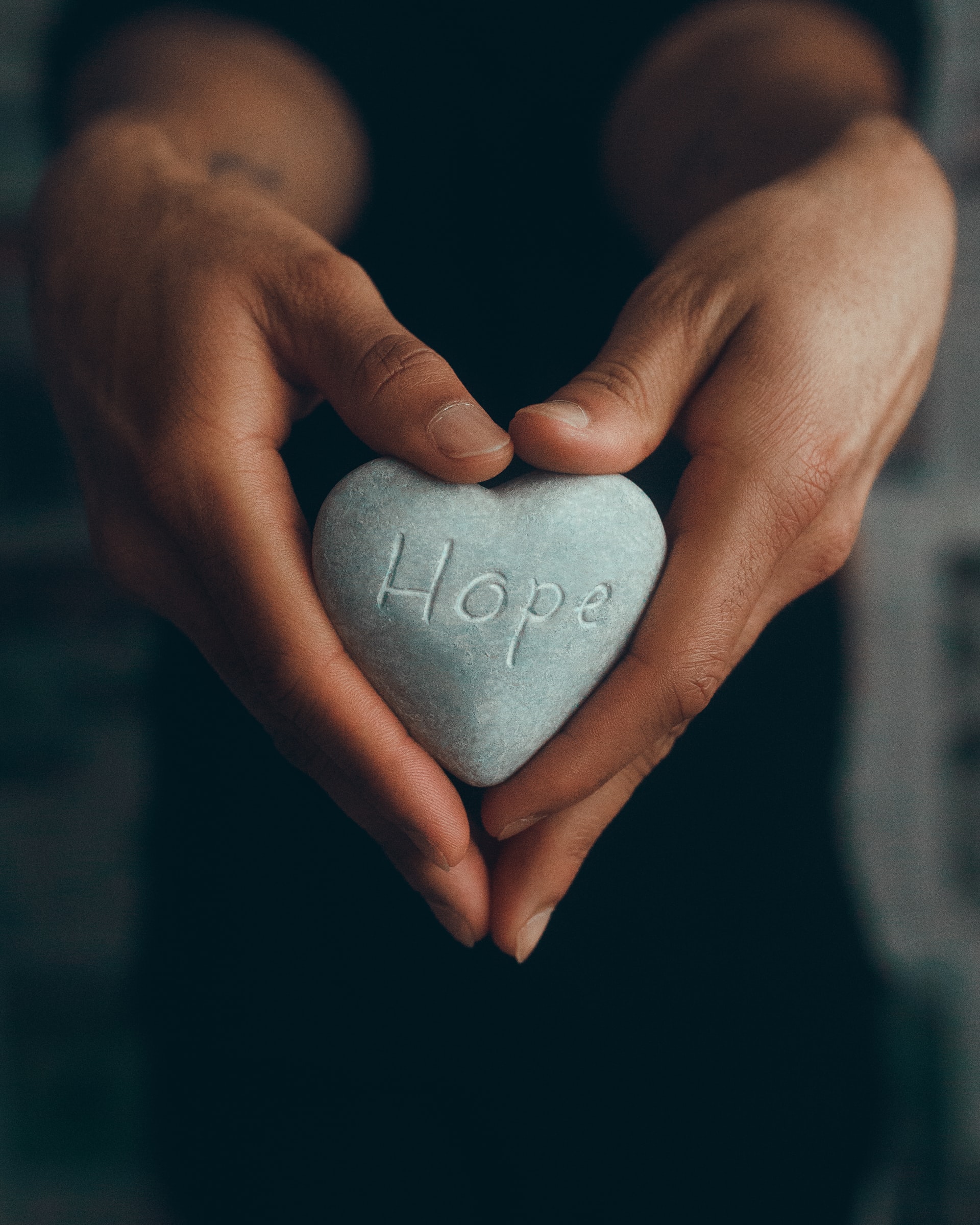 In writing this letter to the Christians under persecution, Peter indicates how we should respond to human authorities in our lives; the unjust and harsh. Do not rebel, but submit for God’s sake. This shows the confidence we feel in His power, control, and love, and how we can show others our true faith even as we suffer.

Peter then suggests that this includes wives, even if the husband is not a believer. Her respect and conduct toward her husband may finally convince him that Christ brought about that change. When it comes to divorce in the Bible, submission should not be seen as abject obedience. You must obey God ahead of all human authority. Refuse to obey instructions that oppose God’s revealed will for us.

I gave faithless Israel her certificate of divorce and sent her away because of all her adulteries. Yet I saw that her unfaithful sister Judah had no fear; she also went out and committed adultery. – Jeremiah 3:8, NIV

God abhors adultery and here we see it illustrated in two of the tribes, Israel and Judah. Both had committed the sin of idolatry, but God considered Judah worse, as they had seen the bad example of Israel. Thus, the Lord caused them to be taken captive by their enemies and suffer accordingly.

Are we to suffer individually God’s wrath if we commit adultery in our own lives? Well, we won’t be taken into captivity, but we have become captive to that sin for which a price will be paid. Any divorce in the Bible has to be only when one or both partners have conducted an extra-marital affair.

“The man who hates and divorces his wife,” says the Lord, the God of Israel, “does violence to the one he should protect,” says the Lord Almighty. – Malachi 2:16, NIV

The Old Testament talks about “covering someone with your garment,” which is a metaphor for protection. Husbands must protect and provide for their wives. (Ezekiel 16:8). Malachi claims this was no longer happening and Israeli men were divorcing their Jewish wives to marry pagan women. God in no sense approves of divorce in the Bible.

He acquaints the act with an attitude of hatred. The Old Rules for divorce were never meant to imply the Lord’s approval. Such laws were meant to lessen the impact of such sin (Matthew 19:7-9). This was to protect the rights of women, who in that culture were mostly dependent on their husbands and children for support.

The people of Israel were busy at this point rebuilding Jerusalem and the temple but under the control of the Persian Empire. This, no doubt in part, accounted for their behavior.

They shall fine him a hundred shekels of silver and give them to the young woman’s father, because this man has given an Israelite virgin a bad name. She shall continue to be his wife; he must not divorce her as long as he lives. – Deuteronomy 22:19, NIV

Moses is talking to the people of Israel on the Plains of Moab, shortly before they enter the Promised Land. God’s laws for marriage and divorce are part of this speech. Virginity was highly prized in marriages of the day, thus a wife who lied about it was likely to be stoned to death.

But a husband also faced a stiff fine if he falsely accused his wife of not being a virgin. The bride’s parents kept a blood-stained cloth from the consummation of the marriage as proof of their daughter’s virginity. All this sounds quite bizarre to us today, but marriages then were often conducted with young girls barely in their teens.

Therefore, divorce in the Bible was frowned upon by the elders. Looking at the above verses regarding divorce in the Bible, it’s easy to see our fallen world in a new light, whether we be Christians or not. It’s too easy to get divorced in this day and age. One must be certain of your partner’s faithfulness to you, no matter what happens, in today’s turbulent society.

Articles are intended for informational purposes only and do not constitute medical advice; the Content is not intended to be a substitute for professional medical advice, diagnosis, or treatment. All opinions expressed by authors and quoted sources are their own and do not necessarily reflect the opinions of the editors, publishers or editorial boards of Mill Creek Christian Counseling. This website does not recommend or endorse any specific tests, physicians, products, procedures, opinions, or other information that may be mentioned on the Site. Reliance on any information provided by this website is solely at your own risk.
By Lindsay Emerson|2022-11-24T00:47:42+00:00November 23rd, 2022|Featured, Individual Counseling, Infidelity and Affairs, Relationship Issues|