5 Codependency Symptoms of an Adult Child and Codependent Parent

5 Codependency Symptoms of an Adult Child and Codependent Parent

In this article, we will discuss how to identify the symptoms of codependency in a relationship with an adult child and a codependent parent.

What is a Codependent Parent?

A codependent parent has an unhealthy attachment with their child and tries to control many aspects of their life. Codependent parents often did not have their needs met in childhood, so their sense of self is muddled, confused, and unhealthy. 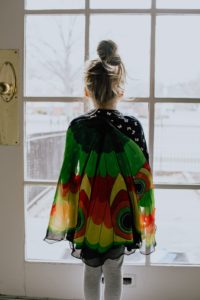 Consequently, they often grow up and expect their children to build their sense of self and meet their needs. This results in an extremely controlling relationship with blurred boundaries and toxic patterns of relating to their confused child and without a healthy sense of self.

Parents often feel the close relationship with their child is normal but do not see the constrictive and dysfunctional nature of the relationship. These toxic patterns ultimately lead to unhealthy relationships when the child enters adulthood, perpetuating the cycle of codependence.

Healthy dependence changes as children move through different developmental stages with a child needing less and less from their parents as they grow up. This is normal and should be encouraged by parents.

However, a codependent parent will do everything possible to exert control over their child to weaken their sense of self and confidence which in turn creates more dependence on the parent. The underlying motive of the parent to exert such control is rooted in his or her own insecurities. The parent will cause the child to question his or her decisions, actions, and thoughts to keep them under their control while minimizing the child’s independence.

The parent and child become hyper-focused and dependent on one another. However, if the child pushes back and creates his or her own identity apart from the parent, this may cause the parent to feel abandoned and increasingly needy which may lead to more dysfunctional and controlling behavior.

The Effects of a Codependent Parent on an Adult Child

A codependent parent attempts to control his or her child in most areas of life and often uses toxic methods to keep the child or children second-guessing themselves. This discourages healthy adult behavior when the child grows up. He or she is not encouraged to individuate and separate from the childhood home and relationship patterns.

The following are five codependency symptoms of an adult child and codependent parent:

A codependent parent often refuses to see their adult child as a grown individual and instead wants a child-like relationship so they can continue to exert control. The parent’s sense of self is wrapped up in the child’s dependence on him or her. 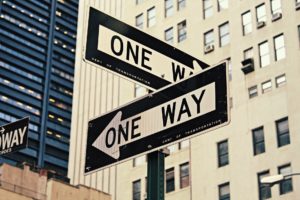 Ideally, adult children are independent and no longer need their parents to make decisions, meet basic needs, or determine how they will live each day. But codependent parents of adult children never leave that mindset behind and continue to try and exert control over the adult child’s life.

The parent may try to dictate decisions about the college they will attend, the career they choose, who they marry, how to raise their kids, where they will live (usually near the parent), and they expect an unhealthy level of love and commitment. A codependent parent of an adult child will continue to be overinvolved and place themselves in a toxic caretaking role that minimizes and discounts the abilities of the adult child.

This is doing a disservice to the adult child, stunting their emotional, mental, and developmental health. The adult child often relies on the parent to solve their life problems fueling the codependent parent’s behavior and continuing the cycle of emotional control and abuse.

An adult child raised by a codependent parent is usually raised to second guess their decisions because the parent discourages individuality and a healthy sense of self. A codependent parent may feel insecure when a child makes decisions that may jeopardize the parent’s sense of control. This can cause a child to forego pursuing dreams and goals that are within the norms of development.

As the child grows into adulthood, they may vacillate when making decisions because they were never given freedom nor encouragement to decide for themselves. A codependent parent will often do anything possible to prevent the severing of the perceived control.

For example, an adult child living at home may decide it is time to move out and start living independently. While this is praised and encouraged in healthy relationships and necessary for adulthood, a codependent parent will see this as a personal attack on their sense of self, a loss of control, and a feeling they are being betrayed and abandoned by the adult child. It is not about the child’s needs, but the parent’s needs instead.

The parent may exert control and play on fears in the adult child that the parent created to keep the child under his or her control. The adult child who has been mentally and emotionally weakened over the years may decide to remain living at home with the parent to please him or her and avoid conflict, decrease perceived anxiety over leaving their parent, or they may genuinely believe that they are not capable of being an adult.

3. The codependent parent uses manipulation to get his or her way.

A codependent parent will use various tactics to maintain control over an adult child. The main method is manipulation which is often subtle. A codependent parent knows they have lost some of the obvious control they had when the child was younger and under their direct care.

This creates a sense of desperation for some codependent parents, so they feel like they must manipulate their adult children to keep control and balance. This is often the only way to communicate and relate that they know. A codependent parent of an adult child often uses the following toxic methods to maintain control:

4. The codependent parent is never wrong and is always the victim.

A codependent parent struggles with taking responsibility for wrongdoing and instead projects and blames others. This is another way to keep control. The parent believes they are always right and feels they would lose control if they admitted they were wrong. A codependent parent needs to feel they have complete control over their adult child and, therefore, apologizing is seen as weakness and giving control to the adult child.

If the codependent parent does apologize it is often insincere and wrought with guilt-inducing language designed to keep control. This creates a dynamic where the parent is always the victim which keeps the adult child catering to the parent’s needs which encourages perpetual dysfunctional behavior.

5. An adult child may seek and need constant validation from others.

An adult child of a codependent parent is raised to question their sense of self and not encouraged to separate and become an individual apart from the parent. The codependent parent will often confuse their child by withholding compliments and at other times showering them with praise.

A codependent parent is often threatened by a child’s success, or the parent may live vicariously through their children to meet a need that was never met in their own childhood. This creates a toxic dependence on the parent in the child and a need to always please him or her. The child will constantly seek validation because the parent is so invested in the child’s activity or talent.

Children need validation and naturally, seek it as a child. The problem with a codependent parent is that validation may be given but only sporadically, conditionally, and with strings attached. A child does not receive consistent validation and therefore seeks it throughout life and usually in unhealthy ways.

What Can You Do? These issues can be explored with a professional therapist or counselor at Seattle Christian Counseling who can help you understand the codependent patterns in your childhood and help give you the tools necessary to have healthy relationships while building a healthy and strong sense of self.

The most important thing you can do is to ask God to help you forgive your parent and to pray they would be healed. At the same time, forgiving does not mean you need to deny your pain and bury it. It is crucial you walk through the painful process with a trusted professional, lay your burdens at the cross, and seek God’s comfort and guidance for your life. God will give you the strength you need and help you break the cycle of codependence.

Ultimately, our validation comes from God and who He says we are. God can set you free from patterns of codependency and help you untangle the web of confusion in your life.

For this reason, since the day we heard about you, we have not stopped praying for you. We continually ask God to fill you with the knowledge of his will through all the wisdom and understanding that the Spirit gives, so that you may live a life worthy of the Lord and please him in every way: bearing fruit in every good work, growing in the knowledge of God, being strengthened with all power according to his glorious might so that you may have great endurance and patience, and giving joyful thanks to the Father, who has qualified you to share in the inheritance of his holy people in the kingdom of light. For he has rescued us from the dominion of darkness and brought us into the kingdom of the Son he loves, in whom we have redemption, the forgiveness of sins. – Colossians 1:9-14

Articles are intended for informational purposes only and do not constitute medical advice; the Content is not intended to be a substitute for professional medical advice, diagnosis, or treatment. All opinions expressed by authors and quoted sources are their own and do not necessarily reflect the opinions of the editors, publishers or editorial boards of Mill Creek Christian Counseling. This website does not recommend or endorse any specific tests, physicians, products, procedures, opinions, or other information that may be mentioned on the Site. Reliance on any information provided by this website is solely at your own risk.
By Alison Potter|2022-11-09T13:13:44+00:00April 29th, 2021|Codependency, Family Counseling, Featured, Individual Counseling, Relationship Issues|